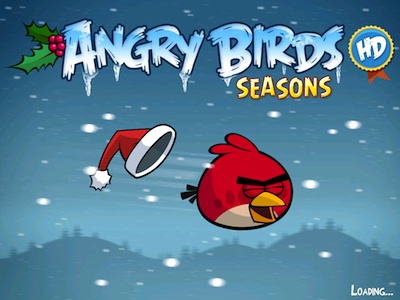 Rovio has followed up their successful Angry Birds: Halloween app with Angry Birds Seasons.  “Seasons” is a separate game for iPhone and iPad that includes the Halloween levels, and a new set of Christmas themed levels. 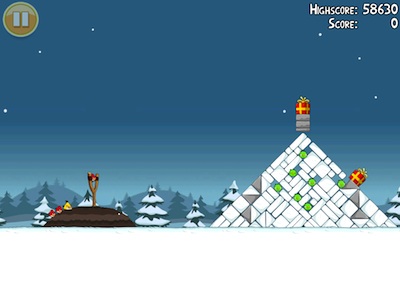 The twist for the Christmas themed levels is that you play one a day until December 25th.  That is kind of annoying while we’re waiting for Christmas to get here, but the Seasons levels are harder for me to get 2 or three stars so I’ll end up spending a day trying to get to three starts so it won’t be a big problem for me anyway.

One thing that I really like about Angry Birds: Seasons is that is supports iOS 4’s Game Center feature so I can compare how I’m fairing against my friends and family in the leaderboards.