Yesterday, Apple released the iOS 10.3 Public Beta right on the heels of the iOS 10.3 Developer Beta.  The developer beta, was released on Tuesday.

I was a little surprised by this move, as iOS 10.3 includes a feature only a nerd’s nerd would like – the Apple File System (APFS).

APFS was announced last summer at the 2016 Apple developer’s conference, WWDC, as an experimental feature in MacOS Sierra.  APFS could only be used with SSD drives, and could not be on the boot drive.  APFS was also restricted from converting disk drives that used HFS+.  The HFS+ file system, released some 18 years ago, is the file system used on all Macs, iPhones, Watches, and Apple TV.  I was presuming that APFS wouldn’t show up for iOS until the iOS 11 beta program this summer.  It looks like Apple is moving a head, getting ready to bring APFS to iOS devices much sooner than MacOS.  Releasing an update that automatically upgrades HPF+ formatted iOS devices to the new APFS is a good sign that development has gone well and that Apple is looking for feedback ahead of a full production rollout in the future.

In addition to APFS, the other feature that I am looking forward to playing with is the new Find My AirPods functionality that has been added to the Find My iPhone.app.  This feature will be great to help you track down that missing AirPod that is in your pants pocket, your bag, in between your couch cushions, or behind your bed.  Basically, if your AirPods have a charge and are in range of one of your Apple devices signed into your iCloud account, you will be able to get an approximate location.  (Remember, these things do not have built in GPS radios.) 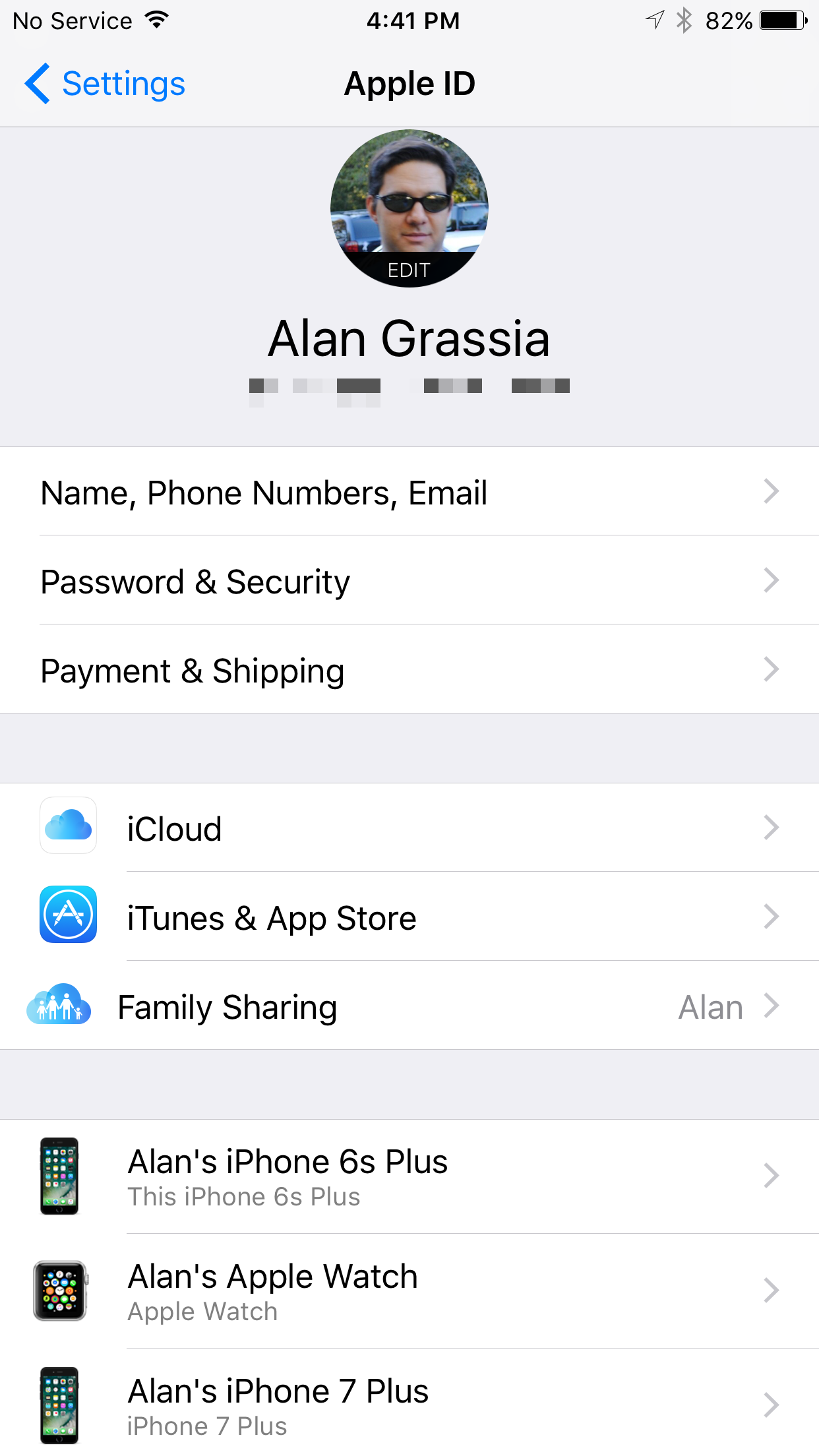 There is also a nifty Apple ID option at the top of the Settings list.  The purpose of this new setting is to give you quick access to all of your iCloud account settings and options all in one spot. Can’t remember your Apple ID email address? Need to tweak Family Sharing? Want to update your credit card information.  It’s all right here.

Wanna try out the public beta?  You really need to be ready to deal with some bugs.  That’s the whole point of using pre-release software.  I also suggest that you run beta software on an iPhone or iPad that is not your everyday or work provided device.  The last thing you need is to get stuck in a jam and not be able to make a phone call or do work.  Still interested? Head over to beta.apple.com to learn more.