iOS 8.2 is available now as an OTA update for current model iPhones, iPads, and iPod touches that are running or can run iOS 8.x. Here’s a list of what’s new and improved in iOS 8.2. 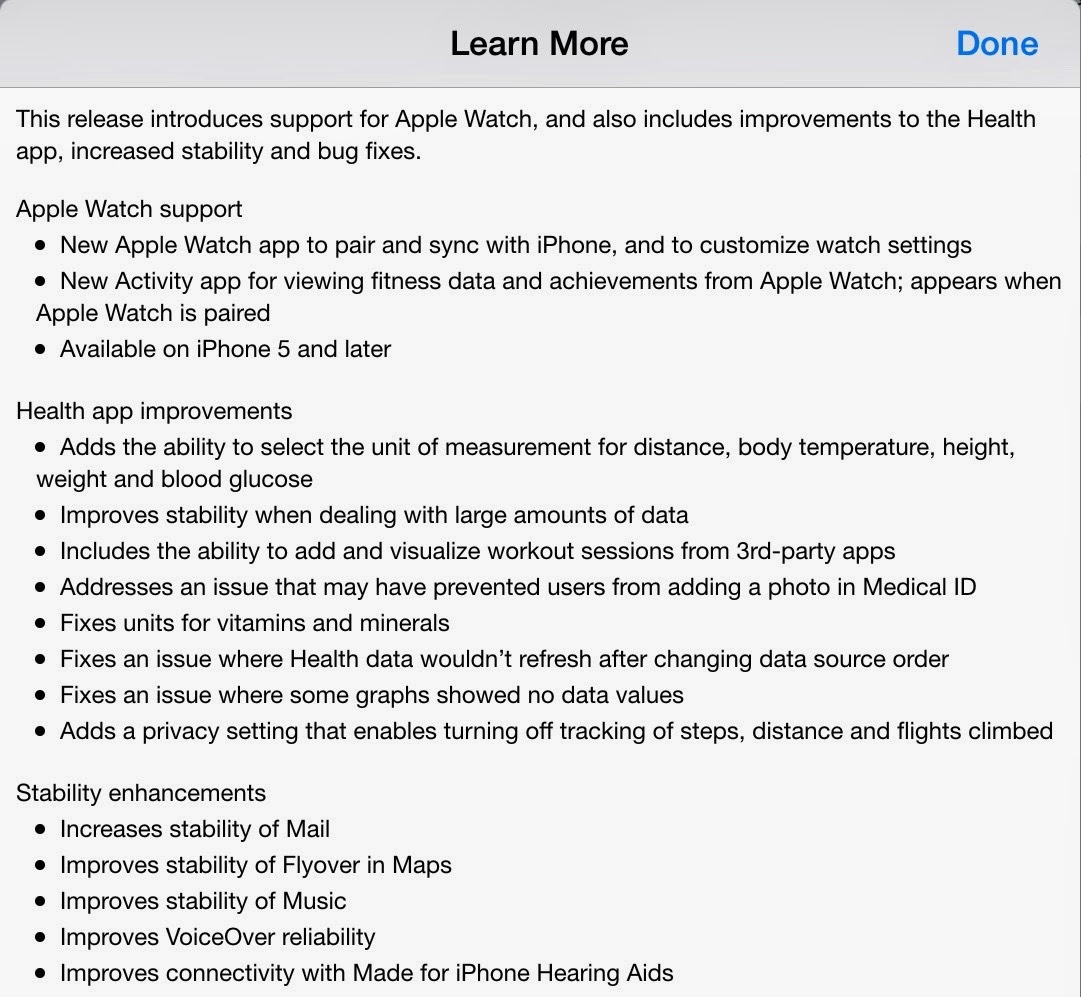