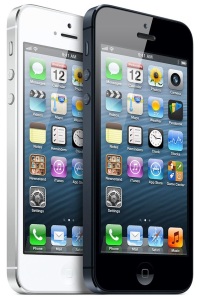 According to an article that appeared in today’s Wall Street Journal, Apple is rumored to be working on a lower cost version of their popular iPhone smartphone.

“Apple is working on a lower-end iPhone, according to people briefed on the matter, a big shift in corporate strategy as its supremacy in smartphones has slipped” reports the Journal.

We’ve heard rumors of cheaper iPhones before along side rumors of an “iPhone mini”, however, it seems that this time around, Apple is taking a closer look at finally selling a high and low-end iPhone.  Up until now, Apple has favored keeping around the previous two years models as their less expensive purchasing options.

Here in the United States, customers typically purchase wireless carrier subsidized phones.  That means, that the newest iPhone, the iPhone 5, starts at $199, last year’s iPhone 4S is $99, and the two-year old iPhone 4 is now free.  These prices all require that you purchase a 2-year service agreement.  If you chose to purchase an iPhone without a service contract, a 16GB iPhone 5 will cost you $649,  a 16GB iPhone 4S will cost you $549, and an 8GB iPhone 4 can be had for the low-low price of $450.  Not exactly “cost effective.”

Now, factor in that in many other countries, wireless carriers do not subsidize the purchase cost of smartphones.  Customers have to pay the full price up front, but have the option of changing carriers without the hassle of early termination fees and other lock in tactics that U.S. carriers use to keep people tied to their service.  Suddenly those prices look insane for customers to purchase with the current global economic situation.

Making matters worse for Apple, Samsung has had an amazing year selling their Galaxy-line of smartphones in China and emerging markets.  At the end of 2012, Samsung was estimated to have about 31% of the worldwide smartphone market compared to Apple’s 14.6%.  To put a finer point on it; the iPhone generates about 48% of Apple’s total annual revenue.  Any perceived slowing or decline in Apple’s global share is likely to send investors running for cover.

So, what might we expect from Apple should they decide to go to market with new version of the iPhone that will be less expense?  The Journal has this to say:

“Apple has been considering a less-expensive iPhone since at least 2009, viewing it as a way to grab market share and introduce people to the brand, said people familiar with the efforts.

Before the launch of the iPhone 4 in mid-2010, the company developed designs for cheaper phones that were very similar to the iPhone at the time but had a less expensive back and sides, one of the people said.”

You can read the full article online. (Subscription maybe required.)