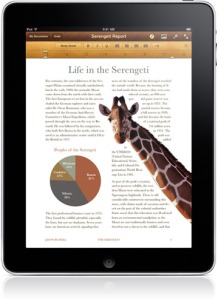 Over the last two days, rumors have been circulating on the Internet that Apple has been facing supply chain problems that would delay the launch of the iPad this spring and the iPhone by several months each.

Hours after the initial reports began to surface, Apple’s stock price began to sink.  By the end of the day yesterday, new reports from analysts including Concord Securities’s Ming-Chi Kuo, are now reporting that their checks of the Apple supply chain is in good shape.  Mr. Kuo estimates that Apple will be able to manufacture and be ready to sell somewhere in the neighborhood of up to 5 million iPad 2 units by the end of March with another round of about 3-4 million units in April.  So, in a two month period, it is estimated that Apple could have 7-9 million iPad 2 units to sell to customers eagerly awaiting the arrival of the new iPads.  The rumor of iPad 2 launch date delays is likely due to what Mr. Kuo reports as a late shipment of displays for the new device which is not expected to impact the launch of iPad 2.

About the only people who aren’t excited about the debunked reports of lipping iPad shipment dates are the likes of HP, RIM, and Motorola who are trying to put up a credible alternative to the iPad.

Apple’s 2011 refresh of the iPhone, dubbed iPhone 5, is expected to be introduced in early June at Apple’s annual World Wide Developer’s Conference (WWDC) with a ship date of weeks after the event.

Details are still sketchy around whether or not Apple will release both a GSM and a CDMA iPhone 5 at the same time and whether or not iPhone 5 will become available for sale here in the US on AT&T and Verizon’s networks simultaneously or not.

With some software developers and analysts suggesting that Verizon’s sales figures of the new CDMA iPhone 4 are not as high as originally expected, I’m looking to see what the sales figures of a Verizon iPhone 5 will be.

If you look at the timing of the Verizon iPhone release, it is in the middle of a contract cycle with the AT&T GSM iPhone 4.  Last year, AT&T raised the cost to terminate smartphone contracts early to over $300 per line.  In today’s economy, that is surely putting pressure on people who signed up with AT&T to get the iPhone, but would prefer to be on the Verizon network.

Come June 2011, there will be a number of AT&T iPhone 3GS and Sprint Palm Pre users coming of contract who will be free and clear to jump to a newly minted Verizon iPhone 5.