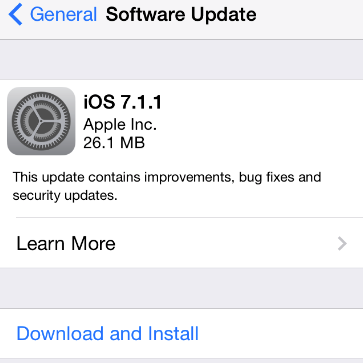 iOS 7.1.1 focuses in on three areas for enhancement and updates, including additional enhancements to the iPhone 5S fingerprint sensor, a bug fix for keyboard responsiveness and corrects and issue with Bluetooth keyboards when the VoiceOver feature is enabled. 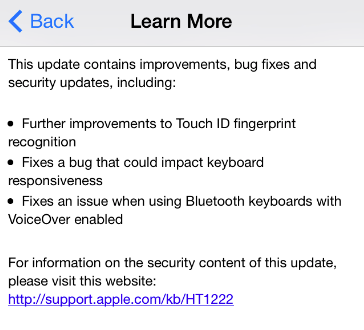 The iOS 7.1.1 update is coming in at about 16.5MB for both my iPhone 5S and iPhone 4S.  To install the latest iOS update on your iOS device, go to: Settings > General > Software Update.

To learn more about this and other Apple software updates, visit the Apple Support website.