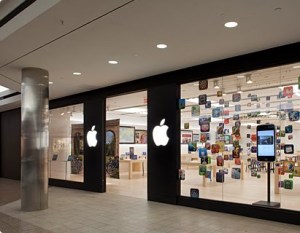 Apple’s Wi-Fi iPads go on sale here in the United States on April 3rd. Don’t want to wait in line? Don’t want to run the risk of not getting your iPad on launch day? Don’t feel like waiting around the house all day fro the delivery truck to come?

Apple has you covered! You can reserve your iPad online and then mosey on down to the nearest Apple store and pick it up! Problem solved. The reservation system will allow you to hold your iPad from 9am – 3pm, after which time, your reserved unit goes into the first come, first served pool, so don’t take too long to get down to the Apple store. Once you have made your reservation, you will receive an email confirmation that contains a link that you can use to change your reservation if you need too. (I’m only ordering one iPad, so I don’t know if the 2-unit limit is being enforced, but I’m willing to wager a bet that it is.)

You can reserve your iPad on the Apple website.

Thanks for the fun iPod touch, I’ll take my iPad now

I want to get an iPad to replace my first generation 16GB iPod touch which has been having some trouble with the headphone jack for a long time now. I primarily use my iPod touch to surf the web, watch TV shows and movies, listen to music, and play games. Since I do surf and watch a lot of video, I think the jump up to a 10-inch screen will be nice. I’m also going make the jump from 16GB to 32GB, but don’t tell me wife that will cost me an extra $100.

I’m also interested in seeing what newspaper and magazine subscriptions will be coming to the iPad: specifically what will happen with The New York Times, The Wall Street Journal, and magazines like Time and Newsweek. (Ok, I occasionally read Entertainment Weekly too.)