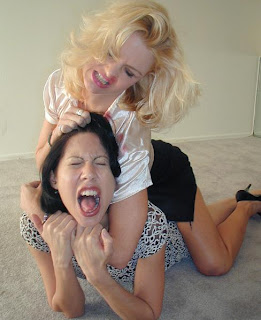 “Isn’t this ironic. Hewlett-Packard and Research in Motion, two companies that haven’t officially launched their first tablets yet, talking smack to one another the day before Apple debuts its second.”

Read the full article on Digital Daily.com.
[Editor’s Note: I’m sorry, but I had to replace the original article’s Dr. Seuss art with the two women locked in a “cat fight” because that was the first thing that popped into my head when I read the headline.  My apologies for my sense of humor.]
iPad 2 Coming To Best Buy, Sam's Club, and Walmart on March 11
Apple: 2011 The Year of iPad 2
Alan on Mastodon