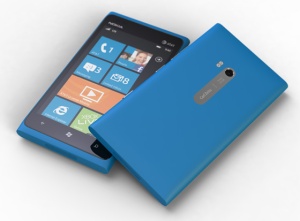 “The Lumia 900, Nokia’s flagship Windows Phone handset and AT&T’s “hero phone,” has had its U.S. price slashed by half, just three months after its release. As of Sunday, the Lumia 900 can be purchased for just $49.99 with a two-year contract through AT&T.”

Wow, that was fast.  Only on the market for 3 months and the phone is on “sale” for $49.99 with a new 2-year service agreement?  I guess is sucks when Microsoft tells the world that your ‘hero’ phone won’t be able to run the next version of Microsoft Windows Phone software due out later this year.  Ouch.